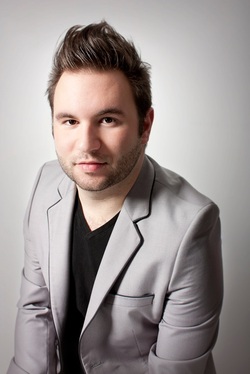 Sean Guist holds an MFA in directing and creation from the University of Lethbridge, as well as a BFA (with distinction) in performance from the same institution. Guist has acted, directed, designed, created and produced shows at the U of L, independently and on the Fringe circuit. His research is focused in queer theatre, physical theatre, plays in development, directing for theatre and opera, acting coaching, and synthesizing multiple aspects of performance into new works. Recent credits include adapting, directing and choreographing R & J: An Original Performance Creation, based on Romeo & Juliet, assistant directing and movement coaching Shakespeare’s Richard III, directing SPAIN by Michael Rubenfeld and Menotti’s one act opera The Telephone. Michel Marc Bouchard’s The Madonna Painter served as Guist’s MFA thesis production in March 2012. He is a freelance theatre artist based in Victoria, B.C.